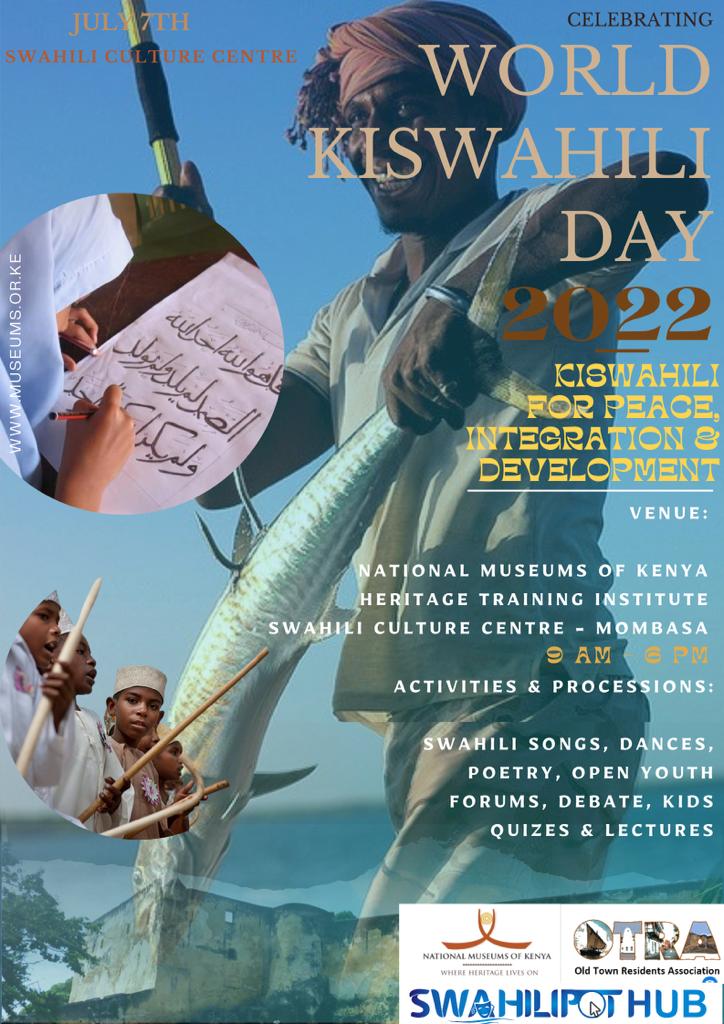 The National Museums of Kenya Heritage Training Institute, Mombasa is excited to invite you to the Inaugural Celebration of World Kiswahili Day 2022.

The United Nations designated 7th July as the World Kiswahili language Day — the official day to celebrate the Swahili language. The announcement was made by the UN Educational, Scientific and Cultural Organization (UNESCO) on 23 November during its 41st Member States’ session held in Paris, France. Swahili is among the 10 most widely spoken languages in the world, with more than 200 million speakers UNESCO stated in its proposal to Member States. Swahili becomes the first African language to be honored by UNESCO. Kiswahili language is one of the official languages of the African Union (AU), Southern African Development Community (SADC) and East African Community (EAC). It is therefore, an indispensable tool in achievement of the Sustainable Development Goals 2030 and in facilitating regional integration particularly in the implementation of the African Continental Free Trade Agreement (ACFTA).