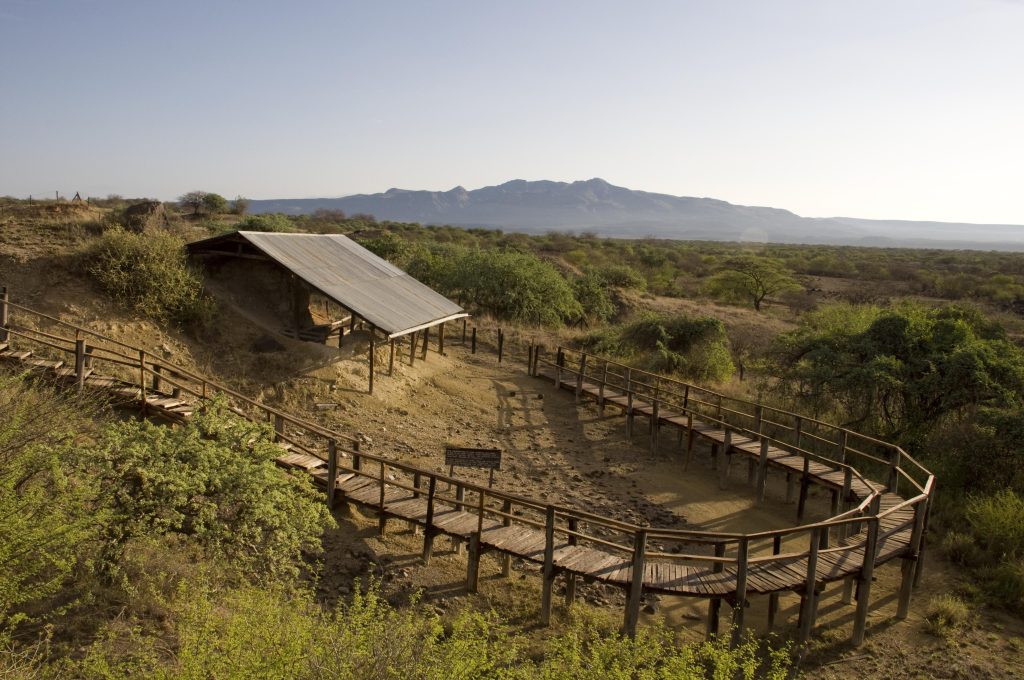 Olorgesailie pre-historic site is world renown as the “factory of stone tools” and the only place in the world with such a large number.

This Acheulian site is located about 90kms South-West of Nairobi on Magadi Road. It is characterized by in-situ displays of prehistoric materials including numerous hand axes, fossilized skeletons of extinct species of elephants and hippopotamus dating back from 1.2 million years ago. Other attractions include a camp site, bandas and nature trail.

The prominence and accumulation of human tools represents actual camping places of early men and evidence that human species had a tropical origin. The site is in a lake basin that existed about 100,000 to 200,000 years ago.

Olorgesailie has excellently preserved biological and cultural evidence about the evolution of man.  This was made possible by heavy falls of alkaline volcanic ash from the nearby Mt. Suswa and Mt. Longonot, which might have contributed much to the accumulated ash in the lake basin. There is evidence of humid climate during part of the Middle Pleistocene that is given by temporary lakes and swamps that exist in the area today. The sediments left by the lake cover an area of 80 km².

Things to do/ Attractions