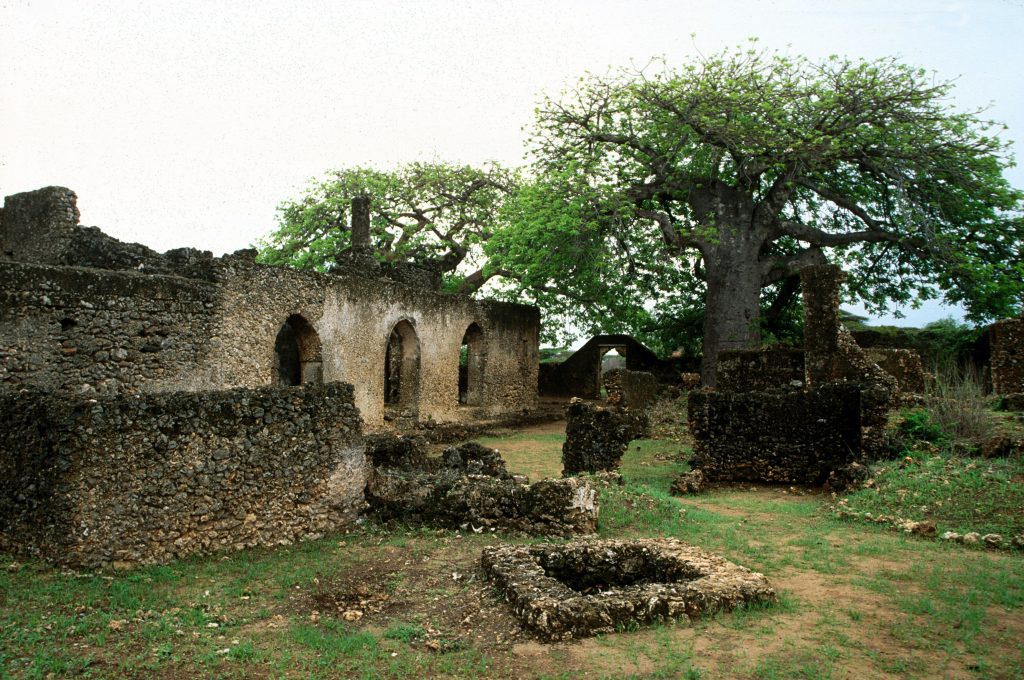 The ruins of Takwa are located on the south eastern corner of Manda Island Lamu District in Coast province. A 30 minute boat ride from Lamu Town.
Takwa ruins are the remains of a thriving 15th and 16th century Swahili trading town before it was abandoned in the seventeenth century. It is not only important because of its period of occupation but also because of its dense settlement and its relatively well preserved remains. The unique Friday Mosque with a large pillar a top the qibla wall is among the most notable features. This pillar is believed to symbolize the burial of a Sheikh be low the wall.

The position of the site at the narrowest location on the whole island, was most probably a strategy. Takwa’s position/location with shallow waters must have been of considerable importance especially during its peak, when many of the sails that came into view were likely to be hostile.Therefore access to the site must have been primarily from the shallow channel which could only admit vessels of shallow draft.

Takwa eventual abandonment in the 17th century was due to salination of the once fresh water and endless fighting between Takwa and Pate people. These ruins were gazetted as a National Monument in 1982 in Gazette notice No. 1514. At present, Takwa is open daily to the Public. It is a very pleasant place for a casual visit, which can be complimented by a picnic and overnight camping.