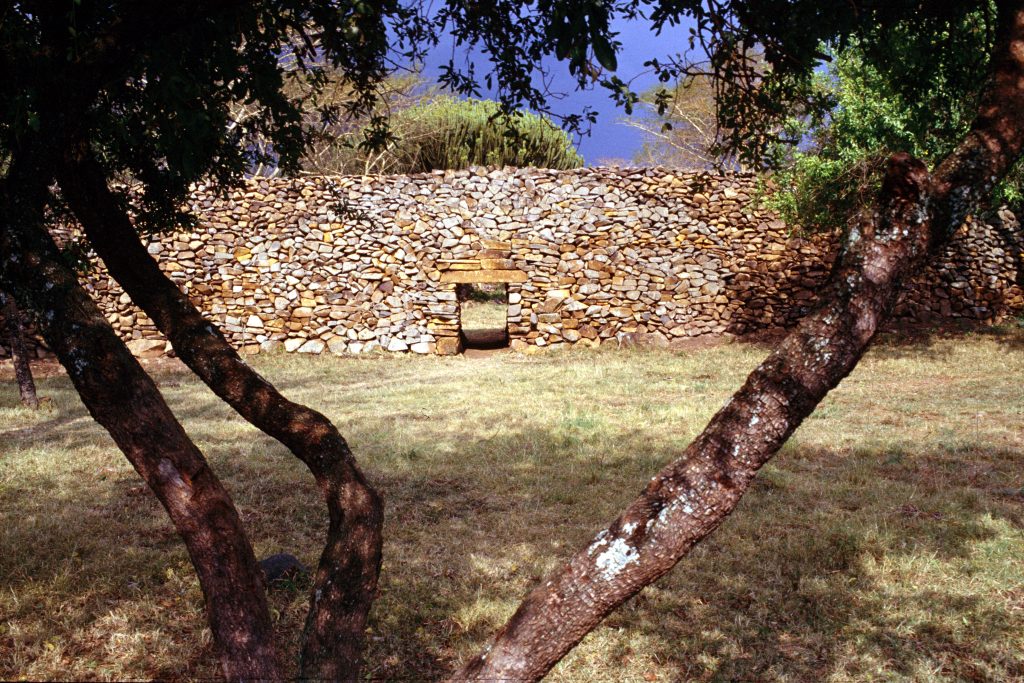 Thimlich Ohinga literally refers to a “frightening dense forest” in Dholuo language, a Nilotic group who occupy the region. The stone structure enclosure has walls ranging from 1.0 to 4.2 meters in height were built of loose stones and blocks without any dressing or mortar.

Archaeological record of materials found within the site goes beyond 500 years ago. Since the present inhabitants of the area arrived probably some three centuries ago, it seems most likely that Bantus who initially occupied this region prior to the arrival of Luos first built the stone structures. Abundant rocks on the hilly areas provided them with building materials to meet their security requirements.

Subsequently communities that moved into this region in the period 15th to 19th centuries carried out repair work and modification on the structures. However, all these episodes of occupation and repair did not interfere with the architecture and preservation of the structures.

Records shows that the first written document on the site was done by Neville Chittick, former Director of the British Institute of History and Archaeology in East Africa in the sixties while National Museums of Kenya researchers began working at this site in 1980. By then the site was referred to as Liare Valley, after the valley to the northeast of the hill. Continuing work led to the gazettement of the site as a National Monument in 1981 under its present name Thimlich Ohinga, since its previous name did not describe the exact location of the site. Thimlich strategic location forms a perfect stopover for those on their way to or from the nearby Ruma National Game Park, Gogo falls or the Macalder gold mines.