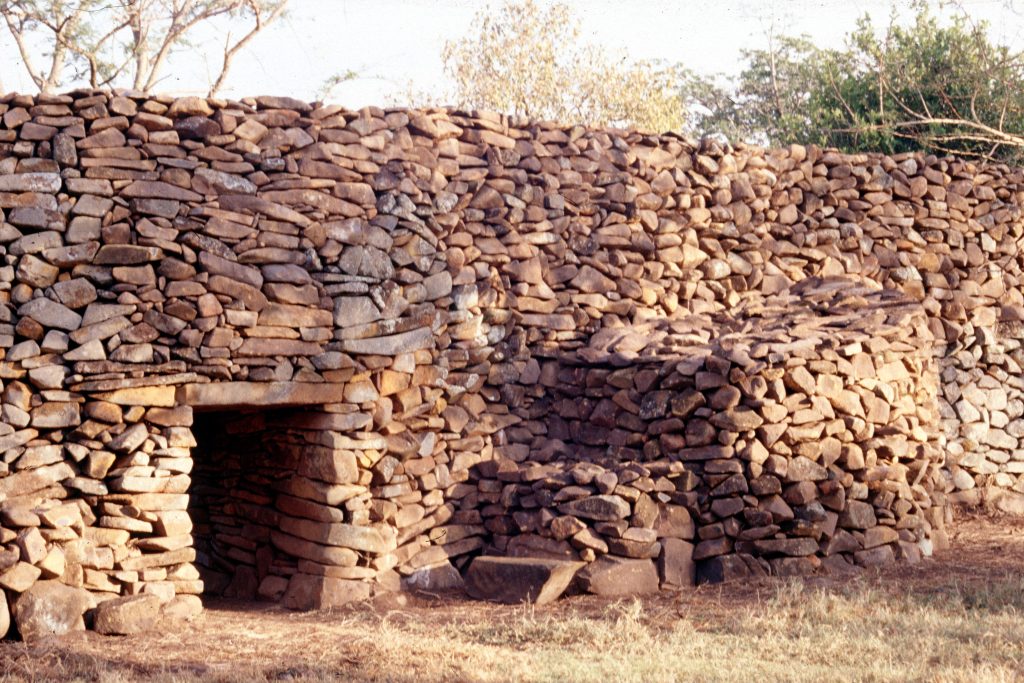 Situated 46km north-west of the town of Migori, in the Lake Victoria region, the site is a dry-stone walled settlement built in the 16th century CE. The Ohinga (i.e. settlement) seems to have served as a Fort for communities and livestock, but also defined social entities and relationships linked to lineage.

Thimlich Ohinga is the largest and best preserved of these traditional enclosures found in the Lake Victoria region. It is also an exceptional example of the tradition of massive dry-stone walled enclosures, typical of the first pastoral communities in the lake basin, which persisted from the 16th to the mid-20th century.

Outstanding Universal Value
Thimlich Ohinga is the largest and best preserved of these massive dry-stone walled enclosures. The Ohinga appear to have served primarily as security for communities and livestock, but they also defined social units and relationships linked to lineage based systems.

Thimlich Ohinga is an exceptional testimony of settlement patterns and spatial community relations in the Lake Victoria Basin, which documents the successive occupation by different people from various linguistic origins during an important episode in the migration and settlement of the Lake Victoria Basin between the 16th and 17th centuries. It also gives reference to habitation patterns, livestock cultivation and craft practices prevalent in communal settlements at this time.

The site provides an exceptional testimony to settlement traditions in the Lake Victoria Basin. It illustrates shared communal settlement, livestock cultivation and craft industry patterns, utilized and practiced by several successive inhabitant groups of different linguistic origin. The archaeological evidence testified not only to the communities’ spatial organization but also to an elaborate system of interrelations between the different Ohingni within proximity to each other. It therefore allows to understand and further research community interaction patterns between the 16th and the mid-20th century in the region.
It provides an impressive reference to spatial planning and settlement types in the wider Lake Victoria Basin, at a period in history characterized by increased human mobility as a result of social, economic and environmental pressures that affected human populations in the region. The massive stone walled enclosures at Thimlich Ohinga mark an important episode in the migration and settlement of the Lake Victoria Basin and sub-Saharan Africa as a whole. Thimlich Ohinga also illustrates an outstanding example of undressed dry-stone construction typology characterized by a three-phase building technology using stones of irregular shapes in two phases joined together by a third middle phase.
Thimlich Ohinga, as the best preserved example of Ohingni constitutes a representative and outstanding example of Ohingni, a distinctive form of pastoral settlement that persisted in the Lake Victoria Basin from the 16th to the mid-20th centuries.