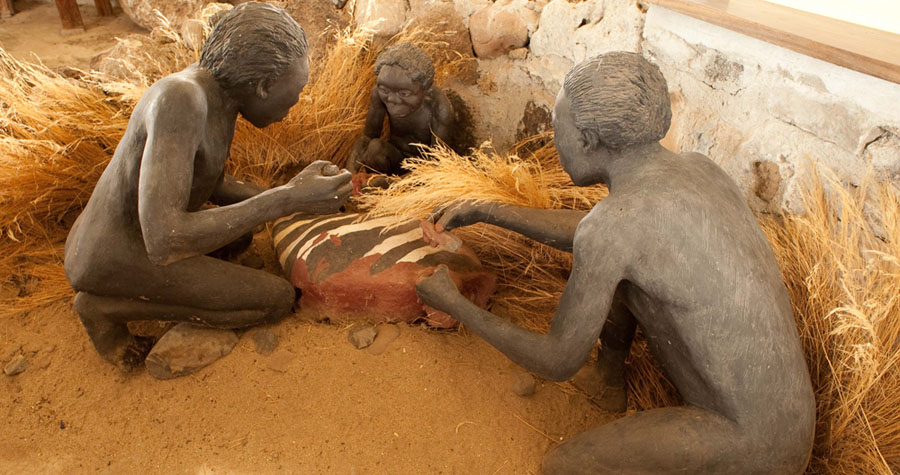 The history of the institution dates back in 1910 when a museum was established in Nairobi by the then East Africa and Uganda Natural History Society [currently the East African Natural History Society (EANHS)]. The group consisted mainly of colonial settlers and naturalists who needed a place to keep and preserve their collections of various specimens. Its first site was at the present Nyayo House. The site soon became small and a larger building was put up in 1922 where the Nairobi Serena Hotel stands.

It was not until 1929 that the colonial government set aside land at the Museum Hill and construction work started at the current site. It was officially opened in Sept. 22 1930 and named Coryndon Museum in honour of Sir Robert Coryndon, one time Governor of Kenya and a staunch supporter of Uganda Natural History Society. On the attainment of independence in 1963, it was re-named NMK. Since 1960s, NMK has expanded its services and assets to include Regional Museums , and has acquired under its jurisdiction Sites and Monuments which the Government has set aside as monuments of national heritage. Each of the Regional Museums has its own identity and develops its own programmes. The museum has also established Collaborations, Research and Development programmes, for instance, The Institute of Primate Research and RISSEA .

The expansion of its mandate and the staff numbers coupled with the dynamic environment in which NMK operates has put enormous challenges for the institution. In order to keep abreast with changes in the environment in which it is operating, NMK had to redefine its operations to become more responsive to the changing circumstances. This meant moving towards developing museum as a place where people from all walks of life meet and have dialogue on various socio-economic issues. It called for NMK to develop programmes that promote cultural dynamism in order to build a sense of nationhood and belonging.

The ‘Museum in Change’ programme

Towards the end of 1990s, NMK received financing from European Union within the framework of National Museums of Kenya Support Programme (NMKSP) to finance the much needed change. The “Museum in Change” programme, as is popularly known, was geared towards making NMK an outward looking institution that responds to visitors’ needs while providing quality services and products.

The key aspects of the programme are highlighted in its 4 main components namely:

This involved expansion and improvement of Nairobi Museum and construction of a new commercial centre. This is geared towards giving Nairobi Museum a major facelift thus transforming it into a world-class tourist destination. This is the first time that the Museum is carrying out a major facelift since it was officially opened in 1930.
Other key developments in this component include the building of a new administration block (now named Heritage House) and improve NMK’s physical planning.

NMK had been functioning under two Acts of parliament i.e. the National Museums Act (Cap 216) and the Antiquities and Monuments Act (Cap 215) which are already outdated. The Legal reform entailed the preparation of the Heritage Bill which was passed by parliament in 2006 making NMK effectively address the enforcement of laws concerning Heritage management in Kenya. The Museums and Heritage Act 2006 is a noble attempt to ensure protection of Kenya’s rich and diverse heritage. It is also aimed at establishing new legal framework for Heritage Management that will domesticate some of the international conventions and protocols on heritage for which Kenya has ratified.

This encompassed the review and development of an appropriate organizational structure and ‘right sizing’ for the institution. The new structure has been incorporated in the NMK’s Strategic Plan 2005 – 2009.

The aim of this component is to streamline and build capacity within the NMK public programmes to achieve efficiency and teamwork. This involved revitalizing NMK’s Public Programmes to enable them to sustainably meet the needs of our clientele. The main thrust is to enable NMK continually establish relationship with its clientele in order to integrate knowledge gained from museum collections and scientific research into public exhibitions that will optimise museum educational and recreational goal.
The climax of the change process has been a new corporate brand identity for NMK. The new identity is meant to position NMK as the destination choice in the heritage tourism sector resulting into a vibrant, strong and progressive institution.

The new identity positions NMK as a ‘Custodian of heritage’ with the following brand values: